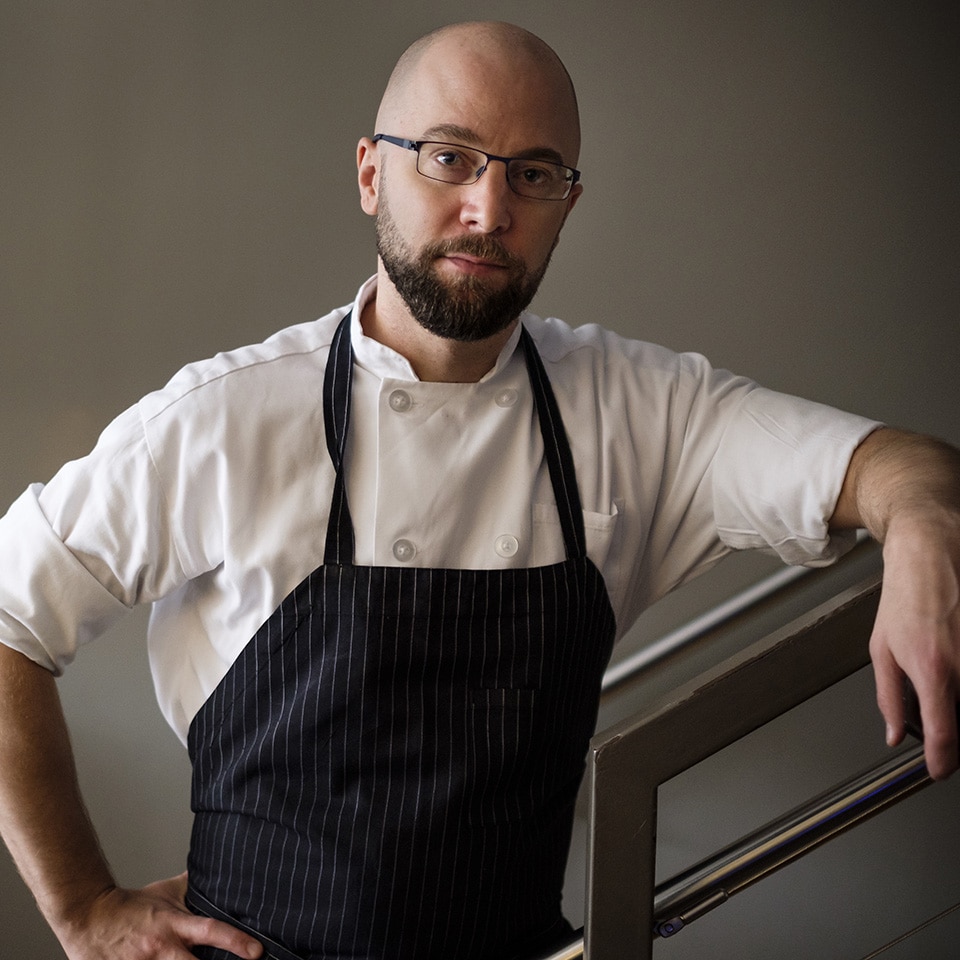 A native of Cherry Hill, NJ, Greg spent his childhood in his grandfather’s Philadelphia butcher shop. His mother, Beth, owned a local restaurant near their hometown. How could he not end up in the food business? As a teen, Greg pursued his passion for restaurants and earned a degree in hospitality management from Boston University followed by a culinary degree from the Culinary Institute of America (CIA) in Hyde Park, New York.

Greg honed his craft in top kitchens in Boston and New York, working for five years with chef Jean-Georges Vongerichten as a sous chef and chef-trainer in Vongerichten restaurants around the world. After working as chef de cuisine in NYC’s Toqueville, he returned to Philadelphia and went all-in on Vernick Food & Drink. The restaurant was an immediate success. And we’re grateful he chose to go local in Philadelphia! In 2017, Greg’s pursuit of excellence was honored by the James Beard Foundation, which named him Best Chef Mid-Atlantic.

Greg’s newest ventures are Vernick Coffee Bar and Vernick Fish, both in partnership with Four Seasons Hotel Philadelphia at Comcast Center. All that homegrown goodness, and he’s a family man with two little girls he loves to pieces. Greg is passionate and driven, and we’re excited for him to join us in Bergamo, Milano, and Lake Iseo. We can’t wait for you to get to know him better.

Jeff and Claudia have thoughtfully created a traveling and eating experience that opens the window into the world of Northern Italy. It builds on their personal relationships and experiences, accumulated over many years of living in there. It is not a sterile tour, one lived out of a bus. Rather it is meeting the people that make Italy come to life on a daily basis.

This trip was an amazing experience with delightful surprises everyday. I could not wait to see what the next meal, day, and experience had to offer. It was such a perfect way to experience the best that Piemonte has to offer in a genuine and authentic way. We learned so much and have treasured memories that we will never forget. We look forward to continuing to experience life in Italy and are so thankful for LA VIA GAIA for introducing us to this beautiful country, people, and culture!

THIS IS A NUMBER ONE BUCKET LIST EXPERIENCE! I can't rave enough about Jeff, LA VIA GAIA and everyone who serviced us! Our days were filled with adventures, wine tasting, cheese festival, our evening with private dining spots only Jeff could find. Private homes, private room. Just stunning!

Our trip to Italy with LA VIA GAIA was perfect. We thoroughly enjoyed every aspect. All the details were well planned and included a variety of activities all fit for foodies. We most loved all the personal attention that we received everywhere we went, from the restaurants, wineries, cooking classes and of course Jeff's mother-in-law's house. We can't wait for the private trip Jeff and Claudia curated for us and our friends to Bergamo & Friuli next Summer!