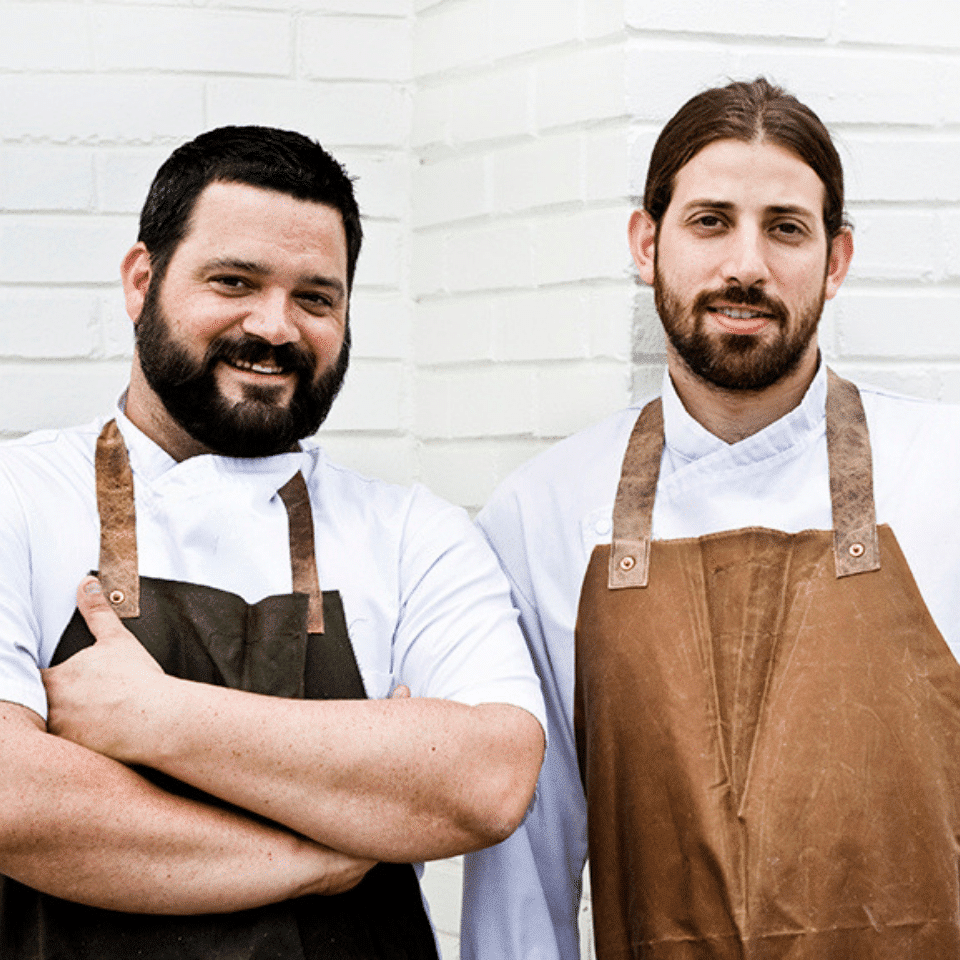 Born and bred Memphians, Andy Ticer and Michael Hudman opened Andrew Michael Italian Kitchen in 2008 to feature innovative Italian cooking rooted in Southern tradition. The Chefs trained at Johnson and Wales University in Charleston, South Carolina and the Italian Culinary Institute in Calabria, Italy. Their second restaurant, Hog & Hominy, was named one of the top new restaurants by GQ Magazine, Southern Living, and Bon Appetit. The James Beard Foundation named Andy and Michael as finalists for the Best Chef Southeast award for the last 5 years. In 2013, they were awarded Food & Wine Magazine’s Best New Chefs Award and released their first cookbook Collards & Carbonara. The chefs opened Josephine Estelle in the Ace Hotel New Orleans in March 2016. The restaurant made Bon Appetit’s top 50 Best New Restaurants. The same year Catherine & Mary’s opened in Downtown Memphis and brought together their blend of grandmother cooking, Italian philosophy of dining, and southern ingredients to the heart of the city. In January of 2018, Andy and Michael opened The Gray Canary, located in the Old Dominick Distillery, featuring an open kitchen, wood fire cooking and a raw bar, all overlooking the Mississippi River. Ticer and Hudman opened their fifth Memphis restaurant late 2019 in the
Central Station Hotel. Bishop is a French inspired brasserie, taking its cue from traditional techniques, seasonality, and southern ingredients. The chefs’ most recent venture is Little Bettie Pizzeria, located downtown Memphis.